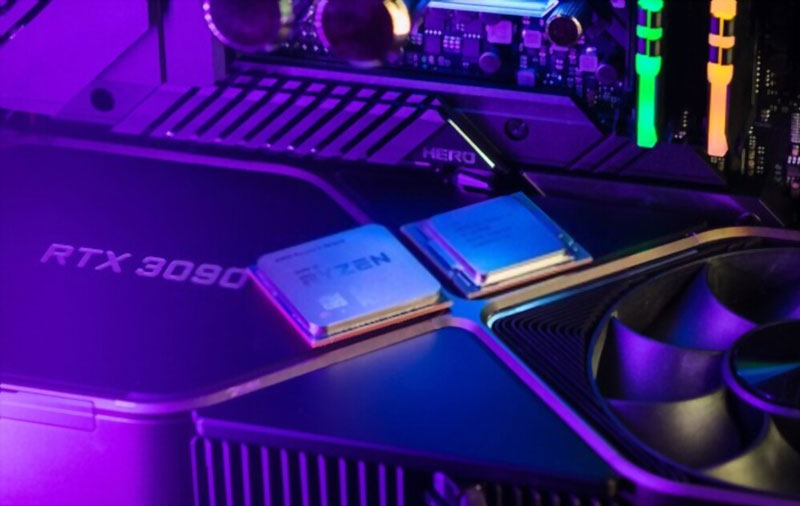 Do you know How to Overclock Ryzen 5 1600? Let’s discuss this in a simple guide. AMD has finally relaunched the market this year with its new line of Ryzen CPUs, which immediately attracted interest in every segment of the market for the best value for money. To achieve ultimate level performance, AMD’s version is to increase the number of courses in its CPU, quad cores in the entry-level range, Hexa courses in the main range, and Octa cores in the high range of the mainstream sector.

The performance of the Ryzen line has proved to be more than easy to force Intel to run for the cover, but you know that performance is never enough for the most demanding customers.

For those who want to squeeze their system out and get even more performance, Ryzen invites overclocking margins, which can be achieved relatively easily. so begin the process of How to Overclock Ryzen 5 1600.

Meanwhile, what does overclocking mean? This means that in this case, the CPU has to move beyond the component that the manufacturer certifies. Keep in mind that this is a risky exercise and you should be well aware before you start. Overclocking your system will work better, but it can also shorten the life of your computer components. I am not responsible for any damage to your computer using this guide, follow it at your own risk.

What do we need

Let’s first see what we need to be able to start this fun and profitable operation. The goal is to increase efficiency.

AMD believes that the differences in gaming performance initially noted between Ryzen and Intel are due to inactive game engines, which do not use the new Zen architecture effectively.

Three developers have already released corrective patches that offer significant improvements in performance and prove that the true potential of the new Ryzen 5 CPU is just beginning to emerge!

It will be important to test the computer several times throughout the procedure to ensure that you have maximum system stability. It’s good to have more power, but we don’t need to block or restart when we play or work, otherwise, it will be useless.
As a test we can use the following:

To run all these tests, run Prime 95 and OCCT for at least one hour and PC Mark at least 2 or 3 cycles. If all the tests pass without any problem then we will pass the test =)

First, let’s get started by updating the mainboard bio. Having the latest BIOS is important because it often improves compatibility, for example with different RAM models, improves system stability (which is fundamental to us), and enhances functionality.

What happens is that we configure the BIOS correctly and run a full test of the PC in the absence of overclocking.
Use the tests I mentioned earlier.

It has been established that in the absence of overclocking, the PC is very stable, let’s overclock it.

If we want to bring the CPU to 4GHz, we have to set 40. More advanced mainboards allow you to increase the speed of the bus and then you go without any change, or even reduce the multiplication. This type of overclocking is more difficult because not only does the CPU speed up, but the entire system moves beyond the threshold. Clearly, the final results are better in terms of performance.

This is why we have to find the power supply voltage of CPU, CPU core voltage. This is a must have, for any Affiliate, promoting any program. I can’t give you a standard price, as it varies depending on CPU and mainboard usage. The way to do this is to slowly increase it in small steps until the PC is stable. I’ll start below 1.35V, no sense in trying.

Save voltage, restart, and test. If the PC does not start, the BIOS is reset and a higher voltage is set. As you can see from the picture with the system I used I had to set 1.435 for a stable situation. I’m not lucky at all, on average we don’t go beyond 4 1,425 on Ryzen, however, either it is or I don’t have a very stable system. In general, however, the mainboard will be written in red if you set a dangerous parameter, it is better not to go so high. Again, look for the supply voltage CPU load line calibration item. This item causes the CPU to receive more voltage than reported in high load moments. I got good results with profile 1.

As far as RAM memory settings are concerned, if they have modules, let’s try activating the XMP profile.

Once the parameters are configured, first check that the PC starts shutting down regularly and restarting Windows. Once we have verified this, start with the test cycle we described earlier. Each time a test fails, touch the parameters again and run the entire cycle again.

Also, control the temperature during the test, but use your mainboard program to do so, keeping in mind that many software resins are about 20 degrees higher.

Once you reach full stability, save your parameters in the BIOS, there is usually a special section to save the configuration.

Like the Ryzen 7 solution, the Ryzen 5 is also ideal for gamers and does not waste resources on an integrated GPU, but is designed for it with a dedicated graphics card.

The 5 Series is aimed at fans and the gaming world, where overclocking is common.

What makes them so interesting with the same performance (or almost)? Definitely, the low price makes them processors with the best quality/price ratio in the market.

Now I will explain to you a very safe overclock for CPU which I have inspected, you can try to go ahead if you want but in the absence of very lucky CPU, you can hardly Will be able to get more.

Our goal is to operate all 6 cores on 4GHz. The Ryzen 1600X actually runs at 3.6GHz and the Precision Boost at 4GHz, but only if the load is low and at a maximum of 2 cores. Having an overclock that takes all the cores to work simultaneously at 4GHz is about 12% higher than the basic performance of the CPU.

Let me show you some scenarios of the main board that I used, MSI B450 Gaming Plus, but keep in mind that the main boards of different brands have more or less the same layout, maybe Different menus are grouped but the soup is always the same.

First, let’s enter the BIOS, usually, you have to press the CANC or F2 key as soon as you turn on the PC.

Once logged in, go to the Overclocking section of your main board’s BIOS. Here you need to find the entry CPU RATIO or CPU MULTIPLIER. The CPU speed is given at the speed of BUS, which is currently 100MHz, multiplied by the price in the item we just found. The base value for the Ryzen 1600X is 36.

To the delight of true gamers, it is possible on how to overclock Ryzen 5 1600? Overclock any Ryzen processor on motherboards with X370 and B350 chipsets.

AMD has positioned the Rison 5 1600X over the Core i5-7600K: it has six physical cores with SMT (simultaneous multi-threading) for a total of 12 threads.

Its cheaper brother, the Ryzen 5 1600, still has six cores and has a TDP of 65 watts, operating at a frequency of 3.4 / 3.8 GHz (base/boost).
All the other features, including the 100 MHz increase due to XFR on all cores and dual cores, remain the same as the more expensive models.

AMD does not ignore the theme of energy-saving and heat dissipation: the Ryzen 5 is built with their heat sinks, the Ryzone 5 1400 with Wraith Stealth, and the 1600 and 1500 X models with Vritha Spire.

On the other hand, the choice not to supply a heat sink with the 1600X is linked to the fact that the experts who will choose this processor are happy to design a cooling system with other brands of products or liquid cooling. System

I hope this article on how to overclock Ryzen 5 1600 will make the process easier for everybody. Please let me know in the comments section below about your views.