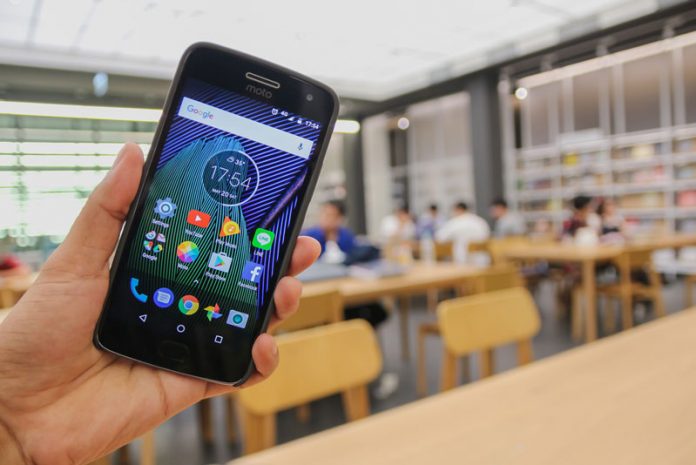 In this article, I will discuss the Moto G6 vs Moto G7 Review. As we all know The Motorola Moto G7 is a robust solid mid-range smartphone with good performance. and when I talk about The Motorola Moto G6 Plus. It still offers good performance and workmanship to our standards at an affordable price. However, some nuances, for example, the absence of an event indication, reduce the comfort of using it.

The Motorola Moto G7 has additional functionality such as the Moto Action Gesture Control System. Otherwise, Android 9 is virtually unmodified, so users don’t have to struggle with overloaded menus, and security updates should arrive promptly. It has 64 GB of built-in memory so large that it can hold a large number of applications and files. Besides, it can be expanded with a memory card. To do this, the Moto G7, along with the dual SIM, has a separate microSD slot, meaning that despite the inserted memory card, both SIM slots (4G / 4G) remain free. The fingerprint scanner on the back has been embellished with Motorola’s logo.

As expected, Motorola has launched several variants of its G7 line. While the Moto G6 had three different models, the inclusion of four new-generation family versions has increased. The Moto G7, the “regular” version, doesn’t really matter. The Moto G7 is the best value for money, the Moto G7 Power shines with a great battery, and the G7 Plus offers more attractive overall but at a higher price.

And yet, unlike the Moto G6, which clearly deserved a recommendation for a long time, there was a little argument favoring the base Moto G7 model. This mid-range smartphone is relatively modest and is below all other G7 models in our respective rankings. At the time of testing, the price is even worse.

At the same time, control comfort is good – Motorola has not gone into experiments here. You can’t find fault with the artistry either, and the smartphone is in good hands. The display is almost frameless, as the mark manufacturer chose the teardrop shape. The joints are prominent, but the plastic back looks inferior. Only the dual camera comes out of the body extraordinarily strongly. However, all G7 models are sold with a protective case. If you insert a smartphone into it, the back will be flat. But the silicone surface does not provide much tactile pleasure.

Three of the four G7 models are powered by a Qualcomm Snapdragon 632 processor at 18,000 MHz. Therefore, the test results are almost identical. In fact, the Motorola Moto G7’s performance seems to be a bit worse, but the reason is that the G7 Play and G7 Power have lower screen resolution. This has a positive effect on graphics performance. In practice, however, the differences are hardly noticeable.

Quite a state-of-the-art mid-range processor with 4GB of RAM makes it easy to run all the most popular applications. But for the demand for 3D games system, it is not suitable. Some high-performance mid-range smartphones are available for the price of the Moto G7, including various Honor models.

Motorola Moto G7 enables the most popular applications, including the mid-range processor camera.

Overall, the Motorola Moto G7’s display performed well in our test. The 6.2-inch display offers a more expansive usable space for displaying content, with a small teardrop that features a front-facing camera and a minimalist design. Full-HD + – resolution (2270×1080 pixels) presents a clear picture, with 404 PPI the pixel density is average, but all this gives no particular reason for criticism. The maximum brightness of 420 cd / m2 can still be considered normal, although the mobile phone may be brighter for our taste so that the image can be better read in sunlight. For example, the predecessor Moto G6 took a brilliant display, which reached 522 cd / m2 during the test. Also, unlike the checkboard, the ratio is not impressive, which is generally at an adequate level of 131: 1.

Colour space coverage is right here. The standard RGB shows 115%, the expanded color space in DCIP3 shows 84%. This is normal for medium distance mobile phones, and color reproduction remains even if HDR streaming is not possible.

Test and review of the Motorola Moto G7 smartphone: Display during the full-HD + test in miracle prediction, in general, acceptable image quality

Make sure to read this part too carefully so that you can understand moto g6 vs g7 in a better way.

Test results
Considering the large screen real estate on this mobile phone, Motorola Moto G6 Plus’s battery life is decent. However, the image quality could have been better. Summarizing the test results, we can say that the price-quality ratio is right at the time of testing, but other smartphones of the same amount can offer a little more.

The Moto G6 Plus, unlike many trending models, has no markings on the upper edge of the display. But the lower part of the frame is slightly wider, as there is a thin fingerprint scanner, which response quickly to touch. The side frames are also a bit wider than other similar models, for example, the Huawei P20, but in the case of the G6 Plus, it’s as much a barrier as the G6. By the way: if you don’t want to unlock the G6 Plus with your finger, you can also use the facial recognition function – it responds reliably and quickly.

The 5.9-inch LC display offers an extensive display area, with great detail at 1080 x 2160 pixels. Besides, it provides powerful color and contrast and shines at an excellent 590 cd / m2 without ambient light. In sunlight, the material is readable.

It’s a shame that Motorola is exploring the status of LEDs for displaying information in the G6 line. In this case, the device displays information on the screen and in standby mode. For this, the device, the gesture above the device (even without touching the display) is enough.

The Motorola Moto G6 Plus, like the smaller Moto G6, is made in black and dressed in Gorilla Glass 3. With its large display in modern 18: 9 format, it should not be ashamed of its appearance in front of top devices. Despite the large display area, the device still fits well in the hand.

However, users with small hands may find it challenging to wrap their fingers around the smartphone and may not be as comfortable operating the device. The workmanship is good, but there is still a significantly thinner joint between the frame and the back. The corners of the body are well rounded.

Without the transparent silicone case, which Motorola will kindly include with the Moto G6 Plus purchase, there will be an unusually wide dual camera on the back of the case. It is also a shame that the device is not waterproof.

The dual camera on the back of the Moto G6 Plus has not been replaced by the G6 or even its predecessor, let alone better. The primary camera has a resolution of 12 megapixels and has an aperture of f / 1.7.

Pictures taken by the camera are normal, but not good. In some, though not all, images, the region below is ambiguous. The camera has difficulty focusing quickly, sometimes taking more than a second before the shutters are released. Even delicate structures such as hair and yarn are partially noisy and difficult to distinguish. At low levels of light, images become watercolor-like and look very “soft.” Speed ​​is not enough. The texture is almost unmatched.

High-speed navigation with the fingerprint scanner

Those who want to get even more space on the G6 Plus screen, as in the Moto G5 Plus case, can enable the “One Button Navigation” mode via the Moto app, and thus smart instead of screen navigation buttons. You can use a fingerprint scanner to control the phone. Finger

In this case, touching it replaces pressing the “Home” button, a swipe opens the application manager or forces the system to take a step back. The practical use of this function is quickly learned.

To reduce the screen’s working area, several things like rotating to activate the “do not interfere” mode, a quick screenshot (tap with three fingers) such as rotation, or swipe down or to the right. It is also possible to start. This makes it very easy to operate your smartphone with one hand. But at the same time, it’s annoying that the screen’s image can’t be brought back to normal with a single simple swipe. This can only be done via the Disable button in the Motor app settings menu.

You can also use voice commands, for example, to quickly open applications or make phone calls. If required, Moto can announce voice calls and SMS.

Hopefully I have covered all the main aspects of bother the phones in this Moto G6 vs Moto G7 Review. So select your favorite phone wisely when you going to buy it.

CHECK PRICES OF BOTH PHONES (moto g6 vs g7) ON AMAZON

Samsung A3 Galaxy 2017 Review and Specs

How to do Vodafone top-up Online?